We have recently released an update for PowerFLARM Fusion. The release consists of PowerFLARM firmware version 7.04 and FLARM Hub version 1.21. Both need to be updated to use the new features. This is a large release, so let’s dig in.

Testing FLARM installations has traditionally been a bit of a chore — some displays at least indicate a healthy data connection to the main unit, but will they also correctly display Mode-S alarms? What about the audio integration, is the audio panel configured correctly? Will my EFB show traffic, and how do alarms sound?

With Simulator, it has just become a lot easier to answer these questions. Simulator can run various scenarios to test different aspects of a FLARM system. Data flows through the entire system: The LCD display on the serial port, the EFB using Wi-Fi, the Traffic Monitor page on Hub, and the audio signal. Simulator tests all the connected system components for proper connection and configuration, like the baud rate and the protocol version. 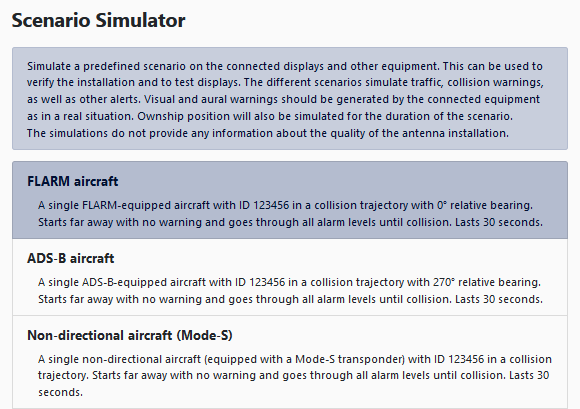 Simulator always uses a simulated position in the middle of the Pacific Ocean (to be precise: 48°52’S 123°23’W). This makes it obvious that a simulation is running when using Fusion as the position source, e.g. on a moving map. Once started, each scenario runs independently for 30 seconds. All outputs of Fusion can be observed while it is running, including the Traffic Monitor in Hub: 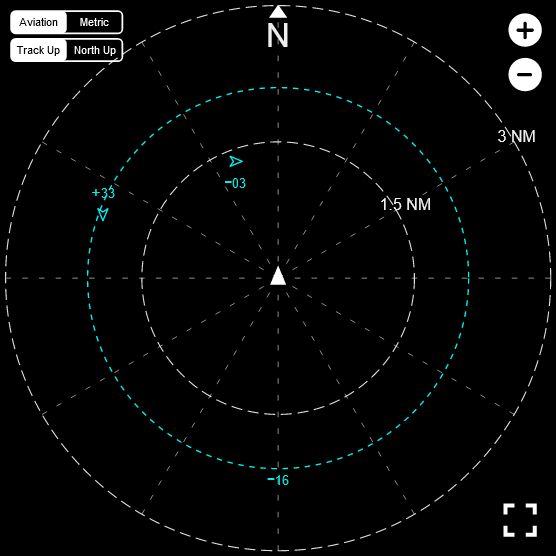 Task definitions for glider competitions can now be declared directly in Hub, either by editing the waypoints manually or by uploading a declaration file. The editor allows to review, edit, delete, and commit a task to the flight recorder. 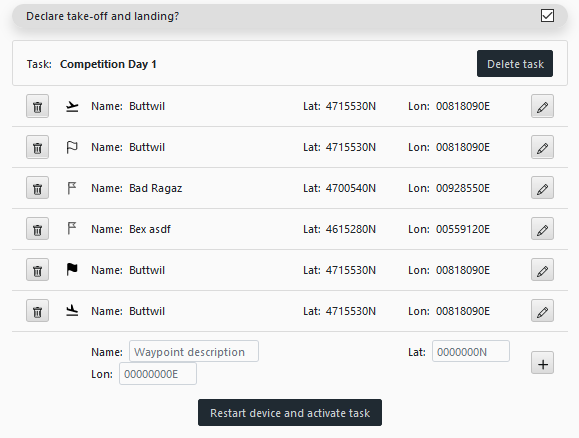 Hub also accepts task declarations in text files like they were used in previous products. 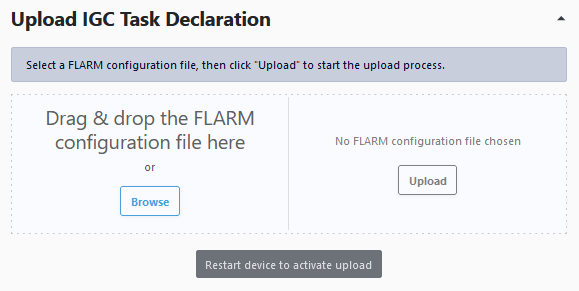 Independent of the method, the task is activated by restarting the device. It will appear in IGC flight logs started after the restart.

Support for the Garmin TIS protocol has been added on both data ports. This was a popular request from pilots using the mobile Garmin units such as the GPSMAP 695. No license is needed; the protocol can simply be activated in the configuration. You also need to set the correct baud rate (9600 bps) for Garmin TIS to work.

For glider pilots, support for the popular Naviter Oudie instrument was added. This uses Bluetooth to stream traffic and navigation data from Fusion. For gliding competitions, Random ID was improved to improve anti-leeching.

For a complete list of features and bugfixes, please read the full release notes (Hub, PowerFLARM). To download the firmware, head to the Firmware Updates page.

The updated Obstacle databases for 2021 are now available in our shop.